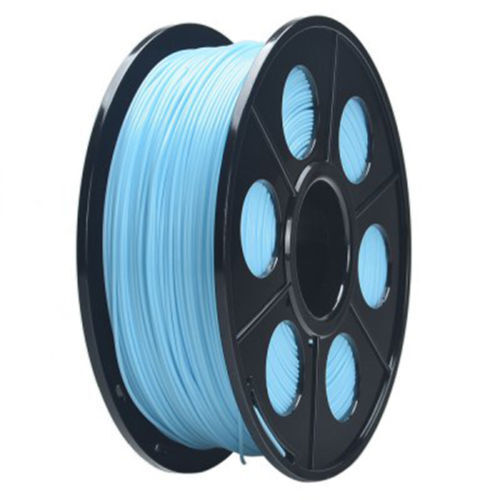 3D Printer Filament Has Many Types and Uses

Despite the massive advancement in technology, 3D printing is still a new phenomenon that is pushing the boundaries of human imagination. As the precision, durability, and material range for 3D printing increased, it also enabled engineers to come out with newer types of 3D printer filaments. In this high-tech world, there are few experiences as serene as watching a 3D printer carve an intricate web of multicolor 3D printer filament to form a solid ready-to-use object.

There are at least 16 types of printer filaments. Their use depends mainly on the type of product. For instance, filaments such as PLA and ABS are widely used to make consumer products and functional parts, respectively. As the technology continues to evolve, PETG is increasingly replacing PLA as the most favored filament to create recycled bottles and synthetic products. Similarly, Nylon, PET, and polycarbonate are a few other examples of 3D printing technology used to produce high-strength materials used in the industrial sector. In addition to general use, certain 3D filaments are also used to make specialty products. The use of sandstone for architecture, ASA for outdoor products, and PLA metal for jewelry are examples of 3D filaments for specific industries.

Which 3D printer filament should you use?

The ways you can use a specific type of 3D filament mainly depends on its physical properties. A 3D filament is selected based on its strength, flexibility, density, and durability. Wearables and elastic parts are mostly made by TPE and TPU because they do not require a strong material. In contrast, nylon is known for its strength, flexibility, and durability. Similarly, density also plays a critical role in the type of filament to be used in the manufacturing process as more dense filaments can often hinder the production process.

Another important factor in deciding the 3D printer filament to use is the ease of printing. Widely available desktop 3D printers typically use only ABS and PLA filament. If you want a cheap filament, then use PLA or PVA, which makes printing easier and less time-consuming. In certain cases, the use of neutral materials such as black filament is preferred for creating certain monochrome objects.

What factors affect the cost of 3D printing?

Most first-time users only consider the cost of the 3D filament, ignoring that reprinting, dimensions, and cost of repairs are equally important. For example, using a cheap filament to create robust material from a 3D printer PET may incur an extra cost. The additional cost is due to waste materials such as filler material and inconsistent diameter. In fact, the use of cheap materials can add to the initial cost as printers get jammed and materials are recrafted.