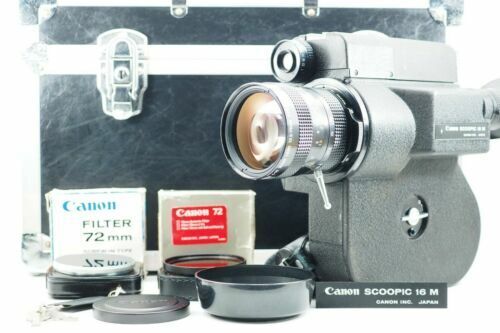 How to Make Movies

In the days before home video, the only way to make a visual recording was with a movie camera. While the industry settled on 35 mm, most home cameras used smaller film stock.

Whats the Difference Between Film Sizes?

You usually describe film stock by the width of the film, rather than the size for the frame. Most home movie cameras used either 8 mm or 16 mm film stock in one of three main formats:

One good thing about film cameras is that the technology has been generally mature for a long time now so that a vintage Canon Scoopic can still provide all the image quality you need without the requirement of constantly chasing the latest technology thats so often found in the DSLR world. A favorite among journalists, the Scoopic is a mature design with a wide range of flexibility due to the following features:

Load your film magazines and charge up your batteries. The Scoopic by Canon is a great choice for anyone looking to actually use a vintage movie camera. The cameras zoom lens aims to maintain focus even while zooming, giving you the capability to track your subject as it moves without losing clarity. A tripod socket lets you employ a more stable mount for your camera, so you dont have to worry about the shaky-cam look even when using the zoom lens. It may be vintage, but the films it produces are still broadcast quality.

Content provided for informational purposes only. eBay is not affiliated with or endorsed by Canon.