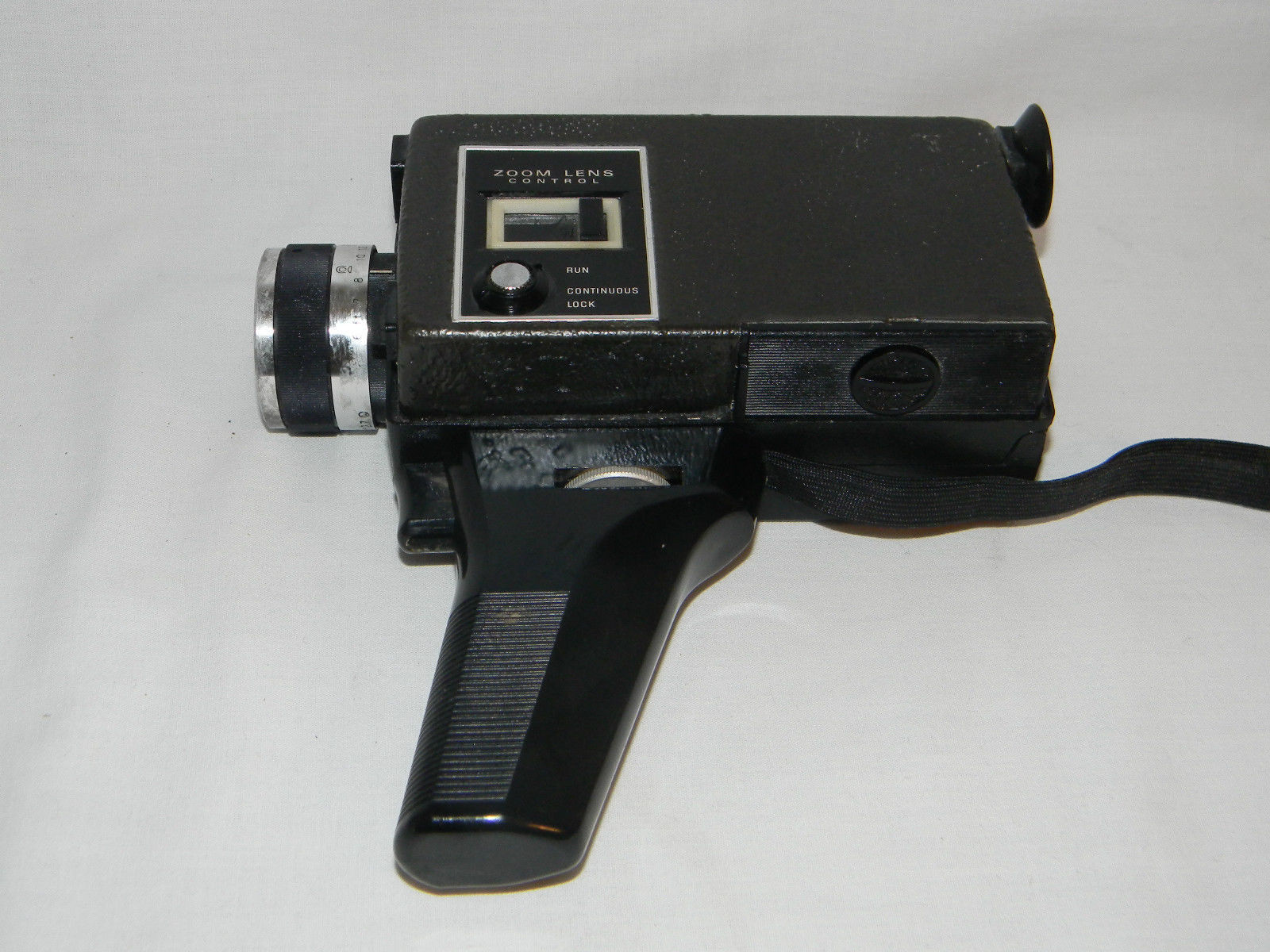 In 1965, the Super 8mm format, including film, cameras, and projectors, was introduced by Kodak. The updated version of the 8mm, this convenient movie camera brought amateur moviemaking to every family in America. Today, these Kodak movie camera vintage models are still sought after for their unique aesthetic.

What is different about Super 8mm film?

Though surprisingly similar at first glance, Super 8 film actually has many improvements over its predecessor, 8mm film. In addition to a frame that is 50% larger than 8mm film, Super 8 film has much smaller perforations. The combination of these two features allows for a crisper image than that delivered by standard 8mm film. Even later versions of the Kodak Super 8 film allowed for sound to be recorded directly onto the film by way of a magnetic strip.

What types of Super 8mm movie cameras did Kodak make?

Kodak has made a number of Super 8 movie cameras. Vintage model types vary by their numbers, each one offering different features, such as fixed or non-fixed focusing and lens aperture. The model types include:

What are some of the features of the movie camera?What types of 8mm film are available for these cameras?

While all vintage Super 8 cameras take 8mm cartridges, there are different types of film available to shoot with depending on what your recording needs are. Film cartridges with a higher film speed (or ASA) do well when shooting in low light, and lower film speeds are ideal for bright or daylight shooting. Super 8mm is available in different lengths, ranging from 50 feet to 200 feet, and you’ll want to choose based on how long you want to be filming. You will also have the options of silent or sound and color or black and white film.

Content provided for informational purposes only. eBay is not affiliated with or endorsed by Kodak.