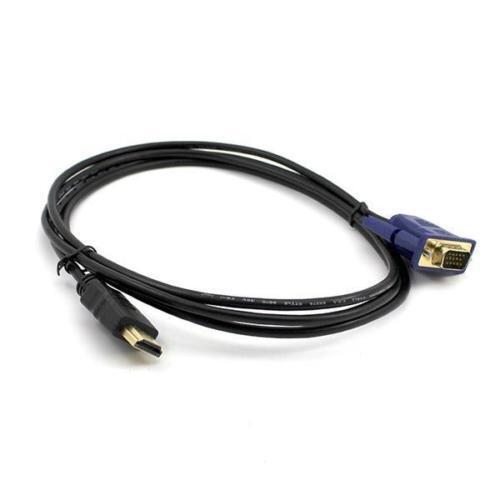 An audio and video connector is used to connect an audio or video source on the computer with an external monitor. Many different types of connection interfaces exist, so it is important to understand the differences between them. The connection determines the quality and the resolution of the image on the screen.

What is the purpose of a VGA cable?

A VGA cable, which stands for Video Graphics Array, is a common method of transmitting analog video to a display. It uses an interface known as HD15, which has 15 pins arranged across three rows. When it was first released, the interface supported a standard definition resolution of 640x480 pixels. Modern VGA is capable of displaying high-definition quality even beyond 1080p in some cases, but depending on the actual quality and length of the cable used, the image quality may suffer.

VGA has been a common standard since the late 1980s, but it has since been superseded by digital outputs such as HDMI, DVI, and DisplayPort. Today it is commonly considered a legacy interface found in older hardware. If your computer monitor is running a high-definition resolution, then you should pay close attention to the cable you are using to connect your monitor to make sure the quality remains high.

What do SVGA and UXGA mean?Is VGA compatible with other digital interfaces?

In general, it is not compatible with other types of digital interfaces without the use of a converter box or an adapter that will convert the analog signal into a digital signal. For instance, a DVI-to-VGA adapter is used when the monitor and the computer have incongruent interfaces that need to be reconciled. Certain converter boxes will also convert it into a digital HDMI signal. However, this may result in a slight loss in quality, depending on how it is actually converted. Some computers have a type of DVI connection known as DVI-A that is analog only, making it compatible with VGA connections.

Is a SlimPort adapter compatible with these cables?

A SlimPort adapter transmits audio and video from a smartphone, tablet, or other mobile device to an external monitor. It allows you to display the contents of your mobile device, including movies, games, sports, and work presentations, on a large high-quality screen. SlimPort is compatible with VGA, DVI, HDMI, and DisplayPort over a single cable. SlimPort can support Ultra HD resolutions up to 4K.