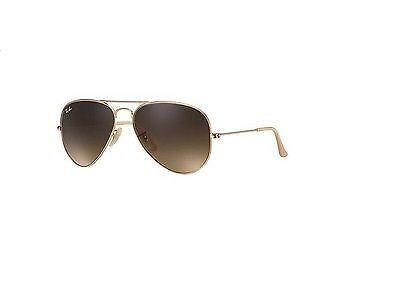 Sunglasses can help keep your eyes healthy and in good shape. Wearing a good pair outdoors can protect your eyes from dust, debris, and the suns harmful UV rays as well as reduce skin wrinkling that is caused from squinting. Sunglasses come in a variety of different shapes, lens colors, and frame materials and can even accommodate prescription lenses.

What styles of Ray-Ban sunglasses are available?

What frame styles does Ray-Ban make?

What is a polarized lens?

The suns rays shine in every direction, and when they hit a flat surface, such as a building, pool, snow, and even the windshield or hood of a car, they become polarized and are magnified, reflecting horizontally into your eyes. This reflected light can not only be damaging to your eyes, but it can also make it harder to see and alter your depth perception. Polarized lenses are designed to block this horizontally reflected light, effectively eliminating glare. Polarized glasses are worn by outdoor enthusiasts, fishermen, skiers, bikers, and more.

What are Ray-Ban’s Wayfarers?

Wayfarers are sunglasses that Ray-Ban began producing in the early 1950s. These sunglasses are characterized by the frame, which has a distinctive trapezoidal shape. This lens shape was designed to portray an edgy and masculine look and was originally marketed to men because of this. The Wayfarer style of eyewear was originally popular with Hollywood actors and rock musicians. This Ray-Ban look continues to be manufactured by the company.

For all that hes done for you and the family, thank dad thisFathers Day and shop for his favorites in Ray-Ban sunglasses and more.

Content provided for informational purposes only. eBay is not affiliated with or endorsed by Ray-Ban.