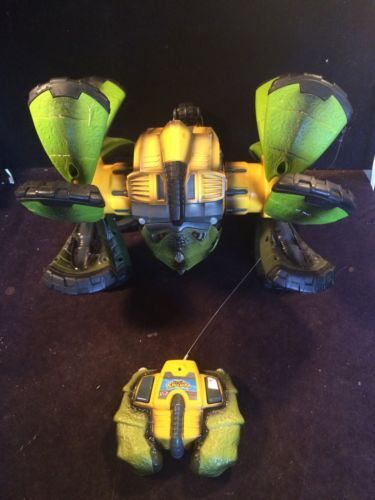 Tyco remote-controlled cars is a division of Mattel toys. The cars come with a number of unique features including climbing stairs. With decades on the market, durable construction and components are the hallmark of Tyco’s cars.

Does the Terra Climber RC vehicle drive over carpeting?

Yes, the Terra Climber works on stairs with or without carpeting. It can also move over your home’s carpets without issue. When not climbing stairs, it is recommended that you operate the RC vehicle in an open area to give it the most room possible to maneuver.

There is also the Tyco Terrainiac, which is a three-wheeled, remote-controlled car made for all terrains, including carpet. With two front wheels and one rear wheel, it operates on land and water. The Terrainiac can drive in snow too. The car is easy to control and can reach speeds up to 14 miles per hour or more.

What batteries do you use for remote-controlled vehicles?

Exact voltage varies by RC vehicles. Alkaline batteries are generally used, because they typically have a longer battery life. Carbon-zinc batteries should be avoided, because they can drain after short-term use in your RC car or truck. They may also cause poor performance of the remote-controlled toy.

What radio-control frequencies are used in these cars?

How many remote-controlled cars are available from Tyco?

Tyco has over 200 radio-controlled vehicles available. Some of them can fly, go on water, climb, and race in snow. The company also makes some for toddlers. There are also vintage RC that were made prior to 1997 when Mattel purchased Tyco.

Can you get replacement parts for Tyco toys?

The majority of Tyco’s remote-controlled toys have replacement parts, but it depends on the specific model of your toy, the year it was manufactured, and the necessary part.

Content provided for informational purposes only. eBay is not affiliated with or endorsed by Tyco.