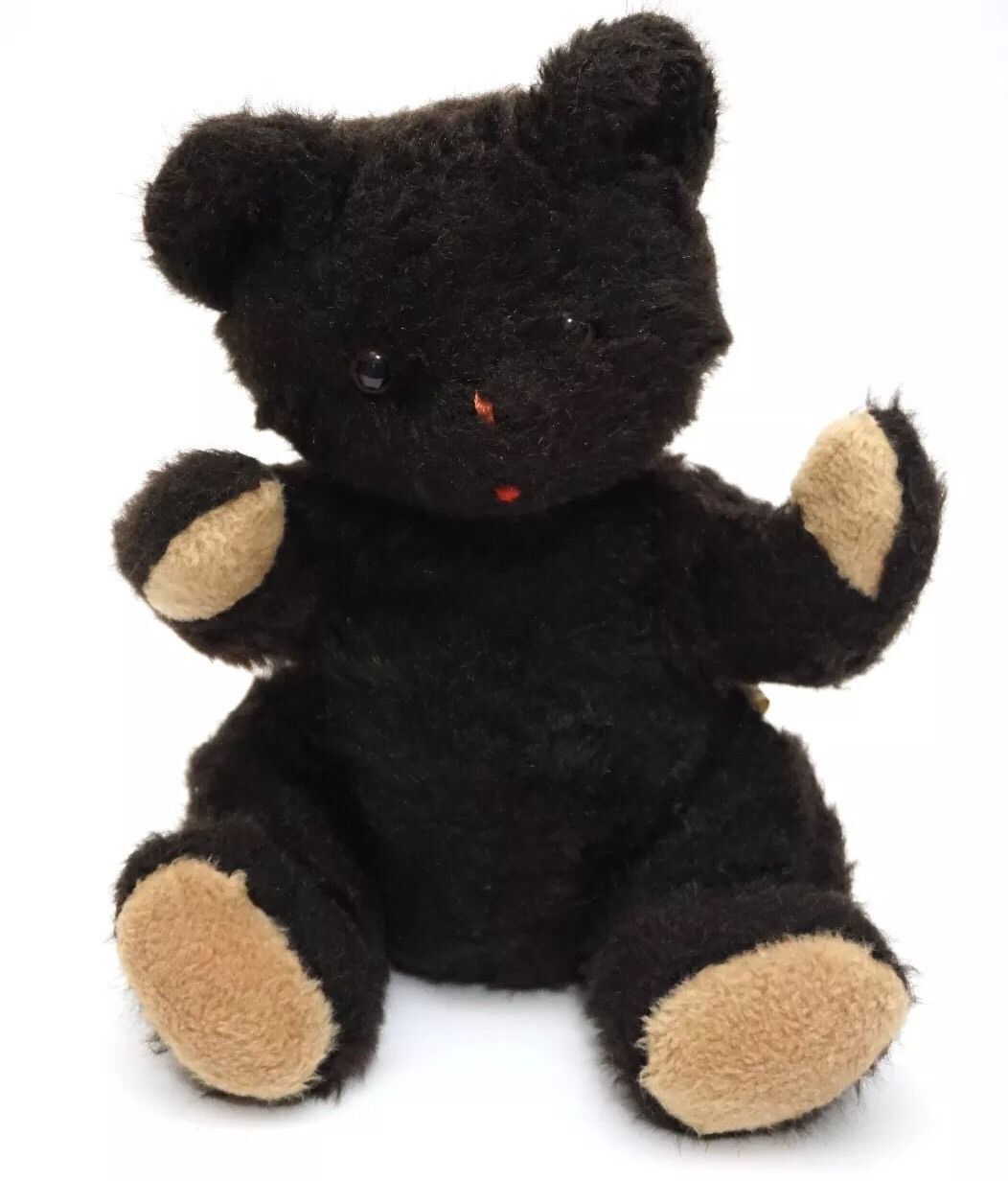 Teddy Ruxpin is an animatronic storytelling toy bear that comes with an actual book that a child is able to read along with. Teddy was originally introduced in the 1980s, and later versions offered different looks and read-along options. The bears eyes and mouth move while the story plays so that children can feel like the bear is reading the story to them.

What are some features of Teddy Ruxpin dolls?

Some of the late 2010s-era stuffed animals manufactured by Wicked Cool toys have the signature look of the 1980s era toy, including his moving eyes and mouth. These Teddy Ruxpin dolls also have several technological features. Rather than using cassette tapes for the storybooks, the toy bear contains a story collection internally and has control buttons in each paw that allow kids to control which tale Teddy tells. A sing-a-long mode is also available, and a companion mobile app takes the place of printed books for reading along.

When selecting a Teddy Ruxpin teddy bear on eBay, the features are categorized to make your selection easier. Categories include:

What were some companion toys to Teddy Ruxpin?

Worlds of Wonder also manufactured a talking Grubby toy that could interact with Teddy Ruxpin when the toys were connected to one another. Smaller dolls and action figures of Teddy and several of his friends are also available.

What is the history of Teddy Ruxpin?

Originally marketed in 1985 as an animated talking friend, Teddy Ruxpin featured a moving mouth and eyes that simulated him reading a storybook to a child. Teddy wore a red outfit with a tan vest and had a slot on his back for cassette tapes for each story to be loaded into. Worlds of Wonder was the original manufacturer, but several other toy brands have bought Teddys rights and released new versions over the years. Wicked Cool Toys is one later manufacturer. In 2017, it released a version of Teddy that features LCD eyes and the famous moving mouth.

What are some of the other characters in the books?

Several characters who made single or recurring friend appearances in the storybooks include Grubby, Newton Gimmick, Leota the Woodsprite, Tweeg, Princess Aruzia, Grunges, and Wooly. An animated TV show aired in 1986 and 1987 and had a few extra characters aside from the ones in the storybooks, including Quellor the leader of Monsters and Villains Organization (MAVO) and the Gutangs. The stories take place in the lands of Grundo and Rillonia.

Content provided for informational purposes only. eBay is not affiliated with or endorsed by Teddy Ruxpin.