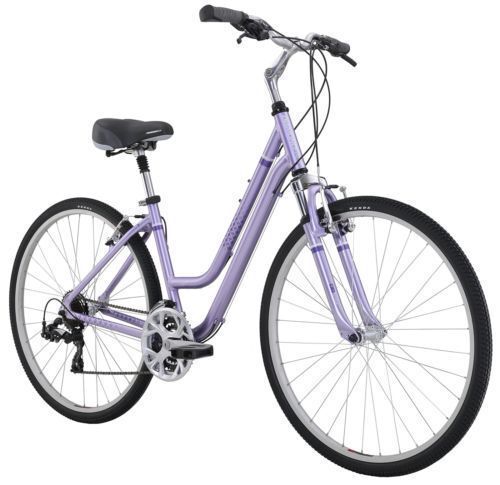 Around the end of the 19th century, an innovative concept known as the safety bicycle changed America’s attitude toward bikes, especially for women. The basic safety bike was followed by a ladies edition of the British Roadster bicycle that was designed with a skirt guard, paving the way for a generation of female bicycle riders.

How did vintage safety bikes help change bicycles for ladies?

The first safety bicycle was a multi-purpose, single-speed bike built for general use. It featured a diamond frame, pneumatic tires, and a safety chain. Because specialty bicycles, such as bikes built for speed in mountains or cross country riding, are a fairly recent development, the vintage safety bicycle became the prototype for later vintage bikes.

What features can be found on vintage bicycles for ladies?

In the early 1900s, vintage bicycles were an effective alternative to automobiles. For that reason, vintage bikes are often sturdy, one-speed rides with practical features like functional accessories, built-in headlights, and chain guards. Retro touches for womens bicycles include polka dots, wicker baskets, bells or horns, and other gear.

Do all vintage bicycles have an upright riding position?

Most retro bicycles were designed for comfort and practicality, and an upright riding position was part of the vintage package. An exception to that rule was the antique predecessor to the traditional road bike: a vintage path racer built for faster speeds on unpaved roads, tracks, sports. With mustache handlebars and an assertive riding position, this vintage sports bike made a comeback in later years.

How did vintage cruisers become classic bicycles for ladies?

Ladies cruisers are classics among vintage bicycles. Like safety bikes, vintage cruisers have several features, including:

Vintage road bikes were designed for riding on paved roads or for participating in racing or sports activities. These lightweight bikes feature narrow tires, dropped handlebars to reduce air resistance, and disk brakes. They were made to travel at greater speeds on solid surfaces. This category included classic vintage styles: touring, hybrid, recumbent, and utility bicycles.