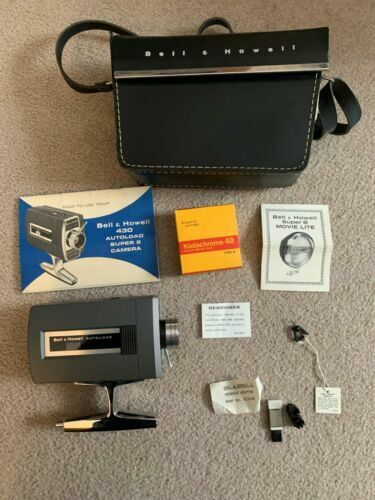 Despite the advancements in digital technology and the availability of state-of-the-art movie cameras with all the bells and whistles, theres something thats still alluring about vintage cameras, such as the Super 8. Utilizing an 8mm Super film, they saw widespread use throughout the 1970s and 1980s by amateur movie makers and home video enthusiasts. You can still find models today, such as the Bell and Howell Autoload, in sound working order, and others that are more suited to display pieces.

What Is a Super 8 Movie Camera?

Originally manufactured in 1965, the Super 8 is a motion picture camera designed to use the Super 8mm film format, which was the successor of the Standard 8mm film.

What Should You Consider When Buying Super 8 Vintage Movie Cameras?

Its important to keep in mind when shooting with Super 8mm cameras that you need to carefully plan your scenes before shooting, as you dont have the luxury of endless storage capacity as with digital movie cameras. You also need to develop the film before you can see the finished results, which may take up to a few weeks, particularly when you have to have someone develop the film for you.

Content provided for informational purposes only. eBay is not affiliated with or endorsed by Bell and Howell.